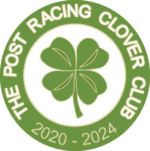 The first website update of the horses we are involved in with Willie Mullins, courtesy of The Closutton Racing Club. In addition to news items going up on the website, you will also receive these updates in your Clover Club Newsletters.

When these horses race, you will only receive details of those races and the expectations for them, in your Newsletters.

Came out of Sligo in great form, will look for a novice hurdle now in a couple of weeks and hopefully go for black type afterwards.

Listowel is a possibility but we won’t confirm anything. There is a mares novice in Punchestown on the 9th, that might suit.

Is in good form since Sligo. It took a bit out of her so we have freshened her up over the last week to 10 days. We have  options of a mares winners bumper, or maiden hurdle.
There is a mares maiden hurdle in Ballinrobe next Sunday, and another in Kilbeggan on the 11th. On the winners bumper front we might just wait for the Mucklemeg in Gowran. Again she is fit it’s all about Willie now making a decision !

Has settled in well and looks great. Probably looking at October before running, as she takes plenty of fast work.

She is doing eight and eight on the pre training gallop and we are delighted with the way she is progressing. We would be thinking, and hoping, she will make the trip to Willies in 6-8 weeks time, providing she doesn’t do anything silly again. It’s either that, or she just loves this place!

Doing very well and is up to 10 each way on the pretraining gallop. She is taking a lot of work to get her fit and some horses can be that way. She is to the extreme! We hope to have her to the level in 6-8 weeks, when she will be doing 2×10, four times a week and 3×10 twice a week, and we’ll give her a few spins on grass as well.

Stand for three weeks and then walk for three weeks, and a restricted paddock then for eight  weeks is the advice of Tim Brennan. We will play it by ear and scan after six weeks. Again I discussed with both Willie, Patrick and Ruby, who gave his tuppence worth in the discussion as to “is she worth waiting for”. All were in agreement that she is worth waiting for, going on her fast work. I was genuinely impressed how fit she was and how well she looked when collecting her on Thursday and she is not now, nor was she ever, lame. It was Ruby that spotted a potential issue when pulling up after work during the week, saying that she just didn’t feel right, which started the process of scans etc !